The most bizarre of the untraditional has to be the characters around our table and the conversation that ensued. Did we share all the things for which we are thankful?  No. Did we discuss politics- Hillary, the Donald, immigration, or the economy?  Thank heavens, no. Was there mention of deflated footballs, California wildfires or Syrian refugees? A discussion of the year’s best books or most disappointing movies? No. No. No. No. No.

Instead, Kevin nearly stabbed the cowboy in the face (accidentally?) with a steak knife, while Mom displayed a burn on her hand from a glue-gun mishap.

The 10-person, full-table Thanksgiving dinner discussion
went something like this:

“Three things you should never grab with your bare hands:a pan right out of the oven, a sharp knife, and a hot glue gun.”

“AND OH, THE ARK OF THE COVENANT!” the cowboy instantly interjected.

Kacey and I reenact the face-melting scene from Raiders of the Lost Ark.

“True.  Speaking of bad ways to die: would you rather get chomped in half by a 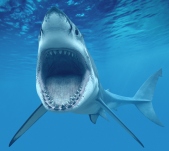 shark or swallowed whole by a whale?”

“Yeah…I’m afraid that the lower half of me would be bitten off by a shark,
and the upper half would still be alert and know what was happening.”

“True, but if you were swallowed whole by a whale,
you might get in there and find out you aren’t alone.”

Kevin waved, pretending to be inside a whale, and said, “Hi Elvis!”

“Speaking of dead, how many squirrels have you killed at the bookstore this year, Dad?”

Wow. These potatoes are so creamy.

Of course none of those squirrels were shot when Nana was around!”

“Of course not! Nana would set them free, then cut down an oak tree so they can find food without endangering themselves.”

(Nana asks if anyone wants rum cake. We are all stuffed from pork tenderloin and potatoes, so the answer is a unanimous “no“).

The conversation continues with my sweet 90-year-old grandmother: “I used to catch mice and put them in the garbage disposal.”

She repeats with her delicate soprano voice, “I used to catch mice and put them in the garbage disposal.”

Shock and Awe. Oh, and Disgust.

Kacey turns three shades of green (chartreuse, pistachio and olive drab, to be exact) and begins to look like she is going to lose her just-eaten holiday meal.

Nana asks if anyone wants rum cake. It has been approximately 6 minutes since the last time she asked. The answer is a resounding, and again unanimous, “NO!”

Since Kacey is now feeling pukey, she shared the memories of a “Fear Factor” competition from her college days at Lipscomb

when she finished drinking a pureed hamburger, peanut butter and DIRT milkshake and was the only remaining female competitor.

Kacey tells her end of the table (mostly men): “After that I quit. The final contest involved eating bull balls.”

The mostly female end of the table didn’t quite hear her, so she repeated louder, “After that I quit. The final contest involved eating bull testicles.”

The cowboy then wanted to know why she felt comfortable using the term “balls” with him, but chose to say “testicles” to the matriarchs.

These potatoes are so creamy.

“Gross. I can’t imagine eating brains, though I do like me some eggs.”

“Speaking of balls, when is Nana going to pass on her Christmas ornaments to the girls?”

“HEY! Some of those decorations are MINE!” Kevin objected.

“Yes,” Kacey said, “But the Frosty Friends are all mine.”

“Fine. But I get all the Star Wars ornaments!”

“Well, what does everybody want for Christmas?”

“I don’t know. I haven’t even started thinking about Christmas yet,” says my mother.

“How can you not be thinking about Christmas when the entire house is decorated for it already!?!?”

“I had to start decorating early, we’re having a party here next weekend. I can’t relax till it’s done!”

“Speaking of relaxing, did I tell you I had a facial last Monday? It lasted for a full 90 minutes.”

“I got a pedicure for Christmas one year. It lasted for a full 9 months.”

“No, the polish on my toenails lasted for 9 months.”

Dad interjected, “Apparently they painted her toes with automotive enamel.”

We finally acquiesced and imbibed in a rum cake so strong it was illegal for Kevin to eat.  Then we cleared the table, put away the wheat stalks and turkey rings and helped Nana redecorate the dining room with a trio of glittered Christmas trees.