So Carrie gave birth to a towheaded baby boy. He was born at 11:50 p.m.  Nine pounds, eight ounces and twenty-two inches long.  Nothing else interesting happened at all.  The end.

This was Carrie’s 5th birth.  Yes, that’s a FIVE with a “th” after it.  She called me on Thursday evening with an “I MIIIIGHT be in labor, but who knows?” call.  And since a 21-minute drive separates our homes, I put on my truly ugly birthing Crocs,

grabbed my doula bag, and went to my daughter’s much-closer house to nap.  After some banter about flat, lumpy pillows, I fell into that twilight place where you begin to dream, but you still know where you are, when my cell buzzed.  Carrie texted, “WHERE ARE YOU?”

So much for sleep.

I let myself into Micah and Carrie’s house and found her, quite comfortably lounging in bed, having VERY mild and VERY far-apart contractions.  “You needed me for THIS?” I teased her. (If I’d wanted to watch somebody lie in bed, I could have stayed home with a mirror!)

She assured me the contractions were much more productive when she was upright.  “Well then,” I prodded, “let’s get upright!”

We moved to the stairway wall, my hands on her lower back, working with her contraction to move things along efficiently when suddenly a deep, guttural moan rose from under the stairs, as though a poltergeist was trying to escape.  Turned out to be coming from the depths of Carrie herself.  “Carrie dear, we maybe might sorta kinda need to go ahead and transport to the hospital.”

The first hurdle in our relay: Getting her into my van.  It was exactly 37 steps from where we stood to the gray sliding door of the Odyssey, but it took 9 contractions and 28 minutes to get there. I am so not kidding. “Carrie dear, we maybe might sorta kinda need to go ahead and transport to the hospital TODAY.” Once we made it to the van, and got Carrie semi-situated in the back seat, she made it abundantly clear that NO WAY was she going to ride 40 minutes without my hands welded to her back.  So I handed my keys off to Micah Andretti and we were off. 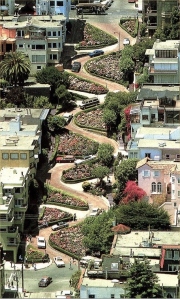 The second hurdle in our relay: Performing our backseat contortion act from Cirque du Soleil. Carrie is draped over the seat, one leg arched backward, I’m standing, my back pressed against the roof of the van, arms twisted sideways to give her counter pressure, both of us desperately trying not to toss our cookies as Micah drove – what I have to assume – was Lombard Street. He zigged and zagged every back road shortcut known to Google. Finally we hit the highway, and now it was simply a straight shot for the next few miles.

The third hurdle in our relay: Don’t get arrested.  As we reached the county line, doing Mach 3, I noticed a couple of shiny black and whites in the parking lot of a liquor store.  A couple of minutes later, those black and whites had turned to revolving neon blues in our rearview.  Micah got a bit panicky, “What do I do????”  Carrie’s scary underworld voice resurfaced, demanding “KEEEEEEP DRIIIIIIIIVING!”

Being the wife of a former police officer, I insisted we pull over.  “It will be fine. He will see what’s happening and let us go on.”

The officer, who looked to be fresh out of 10th grade, emerged from his patrol car and approached the vehicle with caution. MIcah rolled down the tinted front and back windows, exposing our chauffeured circus act.  We tried to explain in terms of dilated centimeters, but he looked baffled and terrified.  We expressed urgency and the desire to not have to deal with roadside placentas. He stuttered with excitement and offered escort.  After a second thought, he ran back and suggested, instead, to just follow us.

Again, we were off.  Micah shaved a good 27 minutes off the 40-minute drive and soon we pulled into the entrance of Labor & Delivery.  Time of day: 11:30 p.m. on the nose. Micah got a wheelchair, I got Carrie out of the van.  Almost instantly, she’s moaning and swaying, leaning against the back of the Honda. Also almost instantly, Officer Joey is standing beside us, mesmerized.  I thanked him for his courtesy, when I heard him say, “I don’t know nothin’ ‘bout birthin’ no babies, ma’am.” (Okay, that’s not EXACTLY what he said, but it was so close I intentionally tried not to laugh.)  I told him this was about as exciting as it gets until the baby comes out.

The next moment gave me a great deal more satisfaction than it should, especially considering how courteous this young officer was.  As he turned to leave, I asked him, “Are you aware you have a headlight out?”  He dropped his head in shame, kicked some dirt on the ground and said sheepishly, “Yes ma’am. I’m sorry.” Was a sweet moment of vengeful satisfaction from the only time I was pulled over some 30 years ago.  But I digress. 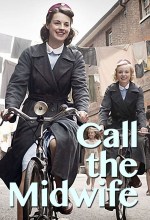 The fourth hurdle in our relay:  Getting the nurse to call the midwife.  Once in the birthing room, our nurse was doing her best to follow protocol while being respectful of Carrie’s birth plan. Carrie asked her to call the midwife. That, however, is not hospital policy.  Certain things must be checked off the list before making that call, but Carrie was in no position to be helpful at checking off anything. Her next contraction was accompanied with an obvious attempt to push…and so the midwife was called.

During this “please call the midwife” phase, Carrie had to pee. For that matter, so did I.  And since Carrie had made me her conjoined twin, we did what girls do: we went to the bathroom together. She went first, then I suggested she lean against the door so I could take my turn and still have my hands free to put pressure on her back.  Chalk it up to having no blood in her brain, but the second my jeans hit the floor, Carrie yelled, “OHHHH, I’M SOOOO HOT!!!!” and flung the door wide open…to the shock and chagrin of her husband, who was STANDING. RIGHT. THERE.

The fifth and final hurdle in our relay: Get Carrie comfortable. She got on her knees and hugged the back of the bed.  This was good. Micah whispered sweet things in her ear, and I breathed with her through each wave.  And when I say “each wave”, I really just mean two good contractions before she heard the midwife in the hallway and screamed, “GET YOUR BUTT IN HERE!”  Yes, yes she did.  And the midwife did.  She laughed at Carrie and said, “What’s the big deal?  It’s not like you need me to do this.  Besides, Stephanie is more than capable of catching this baby.”  Oh, I like her so much. 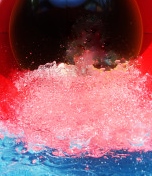 And then Carrie pushed.  One push and there was a frenzied look on her face.  Hugging the bed had been fine for laboring, but made her feel out of control for birthing.  We got repositioned just in time for crowning. Carrie pushed, the midwife said, “Stop” and Carrie finished the thought with, “collaborate and listen.” Ice, Ice Baby. The final moments are best described in waterpark terms.  There was a tunnel and a blue mat and a big splash and a squeal and a naked child…and somebody yelling, “That was awesome!  Let’s do that again!”

So Carrie gave birth to a towheaded baby boy. He was born at 11:50 p.m.  Nine pounds, eight ounces and twenty-two inches long.  Nothing else interesting happened at all.  The end. 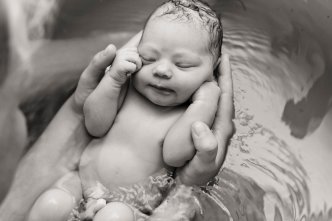